March Madness is almost over and the results of our expert’s brackets are in!

The results of The Senator’s 2017 NCAA bracket competition.

Tim is the winner of The Senator‘s March Madness bracket! Although the games in the tournament aren’t all completed yet, Tim is the only expert who has a chance at winning it all.

Both Mindy and Clayton’s brackets officially have no chance of ever beating Tim’s at this point, due to both Kansas and Duke already being out of the tournament.

“I just used my intellectual prowess to make inferences. Based off my years of NCAA viewing, I chose the team with the lighter colored jerseys, because the blue really spoke to me,” Hughes said. “It feels good to be right.”

In second place is Mindy Hua!

“I don’t know what to say. I’m so speechless. I didn’t think I would get second place. I thought I would get fourth,” Hua said

Before the brackets were made, Mindy claimed to be no NCAA expert.

However, after her second place finish, it is clear Mindy is a compulsive liar in addition to being.

“I wanted Mindy and Tim to have their moment of fame. We all know who the greatest sports mind east of the Mississippi: it’s Clayton Alan Gaulding. Sadly, I spread myself too thin with my ten other brackets,” Gaulding said

Although the NCAA Tournament isn’t quite finished yet, The Senator’s first ever NCAA bracket competition was one to remember. 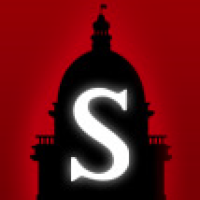