A new development about the war in Syria pops up in the news almost everyday. Someone new has been bombed, a town has been captured or recaptured, a novel force joins the fight, etc. But what consequences do any of these developments even hold, and why are they happening in the first place?

The reasons for this struggle involve countless motives and players, and to fully understand today’s Syria, one must first look back at the Syria of the past.

The current Syrian conflict found its beginning in March 2011 in the city of Deraa, when a number of peaceful protesters were shot dead under the order of Syrian president Bashar al-Assad.

Evidently, this event outraged the Syrian population, and began to boil the cauldron of rebellion. By July, a substantial force of Syrian rebels had banded together against Assad. They called themselves the “Free Syrian Army,” and their uprising incited a full-blown civil war.

Around this time, the Kurds in the north, seeking to take advantage of the country’s wartime weakness, attempted to break off from Syria and form their own country. The Syrian conflict was beginning to get messy, and by 2012, each fighting force called upon their allies for help.

Many extreme Sunni jihadists from around the area came to assist the rebels, and rich gulf states donated money and supplies. Assad began to receive financial and military support from Iran and Hezbollah — a Lebanese Shia terrorist group. After the heartless use of chemical weapons on civilians by Assad in 2013, even the US joined the fray and began to bomb Assad, which prompted Russia to come to Assad’s aid.

Not long after the US joined the Syrian conflict, Al Qaeda began to have internal conflicts of their own.

In late 2013, many extreme jihadists broke away from Al Qaeda and formed a new group which they called the “Islamic State of Iraq and Syria”(ISIS.) This brutal and bloodthirsty new group began fighting the Syrian rebels and the Kurds, but not Assad. By 2014, ISIS had slaughtered countless rebels and Kurds, taken their land, and formed what they refer to as their “caliphate” – an ISIS controlled territory in Syria and Iran governed by extremist Islamic principles.

Assad is fighting the rebels for control of the country and is backed by Russia and Iran. The

Syrian rebels are also fighting for control of the country with support of the US and gulf states.

ISIS is running rampant killing countless people and taking large amounts of land from Iraq, the Kurds and the rebels. No one has a clear idea what should be done to bring peace to Syria and the Middle East. Even the US does not know whether or not our primary target should be ISIS or Assad. This complicated web of chaos, hatred, and conflict cannot tell us but one thing for certain – the end of the Syrian conflict is not coming anytime soon. 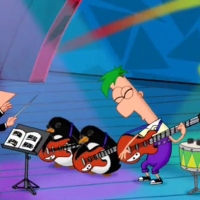 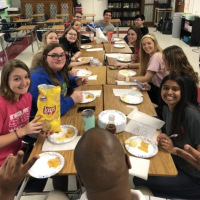